Hopscotch Friday is an informed and impassioned pop culture binge. What does that mean? Well, it means we’ll review stuff and give you a good idea of what’s good, what’s bad, and what’s probably worth a cheeky watch anyway. Importantly, we also give you the *why*. Online we mostly focus on movies and DVDs. But we also like music, games, telly, comics…you name it. If you like what you hear, give us a shout at hopfriday@gmail(.com). Join Stevie and Emmet O'Cuana each week for a bit of pop culture pillow talk.
Twitter Email RSS Feed Subscribe in Apple Podcasts
2023
January

In part two of our run-down of Australian box office releases, we're up to our knees in cape-wearing vigilantes and magic folks.

BUT - at the time of publishing, James Cameron's Avatar the Way of Water has completely reordered the list! So consider this episode a curio, a remnant before the Ego landed. Enjoy. In the first of our two-part chat about what movies Aussies went to the cinemas to actually watch in 2022, we talk Sonic the Hedgehog, the folly of Baz Luhrmann's Elvis, and well there's a lot of Chris Pratt chat! This episode we have a chat about Lightyear: the controversy and culture war nonsense, and the quiet existentialism of Buzz's mission to return home. The dinos are back - but so are the old crew.

And everyone looks just so tired! Episode 130: Death on the Nile 0
So right out the gate - spoilers for this 'un if you haven't seen Kenneth Branagh's follow-up to The Orient Express.

Stevie and Emmet have thoughts! 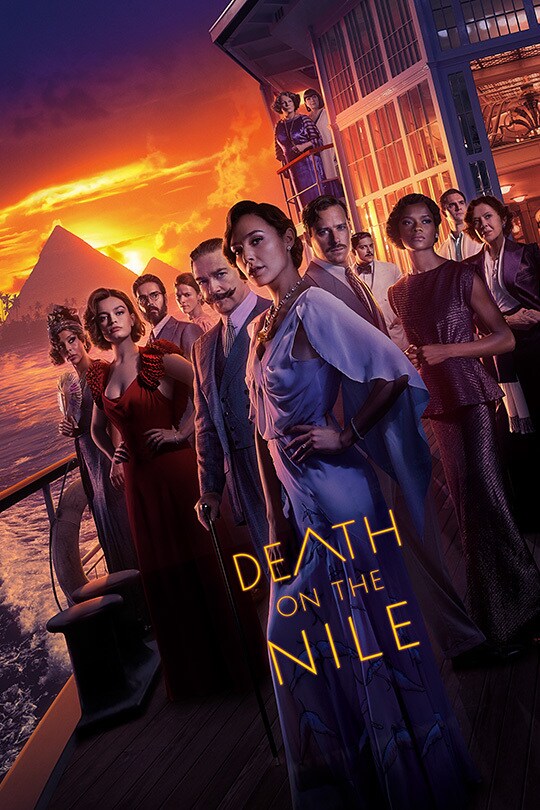 Also - Emmet has a comic story with Jeferson Sadzinski, Cardinal Rae and Marcela Corrêa Müller titled How To Win A Raid in the second volume of The BeBop from Bird's Eye Comics. The anthology is now being Kickstarted, so please share and support.

Episode 129: Moonfall 0
Stevie's back! And she's talking Moonfall, with Emmet, who recounts exactly how long he's hated Roland Emmerich movies.
Episode 128: Remembering Larry Cohen 0
Ten years ago Emmet had the opportunity to interview Larry Cohen, to promote a visit to Australia as part of MonsterFest October 2012. This episode features segments of their conversation, released as a tribute to mark the 4 year* anniversary of Cohen's passing. 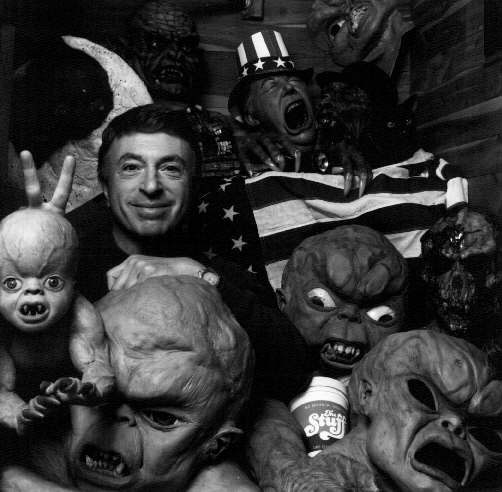 During their conversation, Cohen raises his feelings about the use of CGI effects in horror cinema, how his themes have allowed a new generation of film-fans to rediscover his films, as well as shout outs to Bruce Campbell, Quentin Tarantino, and The Big Lebowski.

Also for no apparent reason Emmet decides to shit on Sydney as a filming location!?

Episode 127: Ghostbusters Afterlife 0
Taking on the reins from the late Ivan Reitman, director Jason Reitman returns us to the world of the Ghostbusters - and it feels more like an obligatory school reunion than anything.

In this episode Stevie and Emmet discuss how this sequel restages whole sequences from the original movie, the clash of styles between the two Reitmans, and how Ghostbusters is yet another franchise graverobbing its stars using CGI à la Star Wars.

Safe to say, not a recommendation, and spoilers abound!

We were a little slow getting back in the groove for 2022 - so here's a madcap rush to give you some capsule reviews of things we liked so far this year (and some things....we didn't like)!

With quick mentions of Peacemaker, Archive 81, Arcane and Emily in Paris - we'll get back to those at a later date.

In a tip of the hat to Fred Armisen and Bill Hader's Documentary Now!, Stevie and Emmet look back at some recent documentaries exploring the darker sides of human nature.

How about something with a bet more pep, hurm? But then with the rise of the true crime podcast and - in a post-Tiger King world - there's clearly a demand for the kinds of documentaries that just leave a bitter aftertaste.

So what's that all about. Included in this episode:

That last one is the exception that proves the rule.

Stevie returns for this chat about all things Dune.

And Emmet's short review of Rafe Judkins's adaptation of The Wheel of Time is also featured at the end of the episode.

Episode 122: In Search of Darkness III with David Weiner 0

This Halloween, director David Weiner and CreatorVC are hosting a crowdfunding campaign to support the release of In Search of Darkness III. The concluding chapter in Weiner's exhaustive 80s horror documentary series, this campaign is offering fans the opportunity to curate what films will be discussed in this entry. Emmet picks Weiner's brains on his approach to the In Search of Darkness series, his approach as a 'nostalgia curator', how cool Barbara Crampton is - and the discussion exorcises a video store trauma of Emmet's from the 1990s!

Mentioned in the discussion:

Remember Black Widow? The movie that inspired its own Marvel's Civil War between the star and studio?

Well we talk about it here!

(Mainly because Stevie watched it for a second time and has thoughts!).

And Emmet bites his tongue to not blurt out his Taskmaster nerd rant - but here's his favourite comic panel featuring the character:

Director David Freyne's follow-up to Irish zombie drama The Cured is this heartfelt coming out drama set in Co. Kildare.

Fionn O'Shea and Lola Petticrew star as Eddie and Amber, two gay teens just trying to survive school. Spotting that Eddie is equally estranged from their classmates, Amber proposes a solution - they pretend to date until they can finish school!

Shenanigans ensue. This is a sincere and heartfelt film, and the semi-autobiographical touches stir up memories of surviving the 90s for Stevie and Emmet also!

(and before the trip down memory lane, Emmet briefly touches on Kevin Smith's Masters of the Universe for Netflix and the apparent 'controversy'). Is it a harmless camp foray into Disney villainy with a sidelong glance at the style innovations of Vivienne Westwood, or a heartless corporate product aimed squarely at merchandising aisles? In other news, Emmet was recently interviewed by Zoran Ilievski for his podcast Graphic Nature, where he discusses coming to comics, a weird coincidence involving a lost script from the early 2000s and The Beating of Wings.

How does Emmet draw a long bow connecting Wild Mountain Thyme and Army of the Dead?

He finds a way. In happier news we also discuss the Matt "Ireland's favourite uncle" Le Blanc meme and if that brown bread ice cream took your fancy, here's where you can get it.

The three year campaign by fans to restore director Zack Snyder's version of Justice League, which we reviewed in episode 42 with Dr Matt Finch, was endorsed by the film-maker and eventually the cast. Additional footage was shot late last year, in combination with original footage and special effects sequences. If I could turn back time...Ezra Miller as The Flash.

So what did Tan and Emmet make of it?

Save Yourselves! is an alien invasion dramedy with touches of horror starring Sunita Mani (from Glow, much-missed in this parish) and John Reynolds (Search Party) as a couple who escape to the country just as society starts to fall apart.

And they've just cut themselves off from the internet so for a number of days the couple remain blissfully unaware of their impending doom.

Emmet and Stevie discuss Save Yourselves as an unlikely response to COVID-pandemic and quarantine boredom, and its indie-feature budget inventiveness.

Just to note as well, this episode was pre-recorded before the latest lockdown in Victoria.

Stevie and Emmet missed the boat on their planned 'unexpected Xmas movie run-down', but no matter! They're going to talk about Die Hard anyway. Because, as Stevie says, it's a good film anyway.

Also she has thoughts about Batman Returns she wants to share.

Emmet also raises examples of Die Hard-likes, such as Dwayne Johnson's Skyscraper (which we reviewed here) and the bloody good fun of Steven Yeun and Samara Weaving going on an office-workplace rampage in Mayhem.

Scream, Queen! My Nightmare on Elm Street is a horror film documentary with a lot to say.

Focusing on the experience of actor Mark Patton, who starred as Jesse in A Nightmare on Elm Street 2: Freddy's Revenge, it explores the impact on the actor of the gay panic response to the homoerotic themes and imagery of the film.

Patton's candid and pained reflections on homophobia in Hollywood, and the wider world, in the era of AIDS and religious lobbyists targeting gay rights, form the spine of this emotional film.

Directors Roman Chimienti and Tyler Jensen also features the contrast of 'Freddy fans' who mock the perceived gay content of the film with advocates reclaiming both Freddy's Revenge, and Mark Patton, as an icon for queer cinema.

Stevie and Emmet discuss the film and the emotional highs and lows of this sensitive subject matter. Eurovision, a heady brew of camp and pop music, has finally landed in the consciousness of American pop culture zeitgeist thanks to this Netflix film starring Will Ferrell, Rachel McAdams and Dan Stevens.

Stevie and Emmet discuss the film, their connections to Eurovision, and throw in a nod to John C. Reilly flick Walk Hard: The Dewey Cox Story. Alejandro Landes's film Monos has screened to rave reviews around the world. Our roving reviewer Neevon Mohtaji attended a screening back in March. In this episode, Emmet challenges Neevon to try and remember a film he saw two months ago, in the before-COVID-19 times! Oh why oh why did we agree to this!

In the last episode Emmet joked about watching the sequence of films that led to Alien Versus Predator in 2004 - and a listener thought that was a great idea. Apparently this was more a geas than a simple request, so Stevie and Emmet watched: The credit due to Randy Stradley, Phil Norwood, Chris Warner, as well as Mark Verheiden's comics work in setting this franchise in motion, published by Dark Horse, is also discussed.

Handily collected on Netflix, the Jurassic Park franchise has been a blockbuster staple for almost thirty years. Stevie and Emmet discuss the first, third and most recent 'Jurassic' flicks, the underrated Jurassic Park III, the overall theme of capitalism and science being turned to deadly or humanist ends - and just how creepy was Jeff Goldblum's Dr Ian Malcolm?

We live in capitalism. Its power seems inescapable. So did the divine right of kings. Any human power can be resisted and changed by human beings. Resistance and change often being in art, and very often in our art, the art of words.

After wading through all of ...that... we cover Queen & Slim, out in Australia this week. Written by Lena Waithe and directed by Melina Matsoukas, this film takes head on the themes of 'black lives matter' and police violence head on. Emmet argues Waithe's screenply juxtaposes the figures of Slim (Daniel Kaluuya) and Queen (Jodie Turner-Smith), with the idea of the outlaw so precious to American folklore. Full of sudden bursts of violence and artfully staged sequences that point to Matsoukas' history as a music video director, Queen & Slim is a provocative and rich picture for our times.